THE RULES OF DREAMING is out!

Posted on June 3, 2013 by brucehartmanbooks

THE RULES OF DREAMING is out!

You can find it on Amazon at http://www.amazon.com/The-Rules-Dreaming-Bruce-Hartman/dp/0988918102 as a paperback or Kindle ebook.

Here’s what Kirkus Reviews said about it in a starred review:

“A mind-bending marriage of ambitious literary theory and classic murder mystery….  In this intricately plotted novel, Hartman (winner of the Salvo Press Mystery Novel Award for Perfectly Healthy Man Drops Dead, 2008) spins the familiar trappings of gothic mystery together with a fresh postmodern sensibility, producing a story that’s as rich and satisfying as it is difficult to categorize…. Though the novel’s philosophical twists and turns are fascinating, the story also succeeds as an old-fashioned whodunit, and the writing is full of descriptive gems….  As Hartman skillfully blurs the lines between fiction and reality, the book becomes a profound meditation on art, identity and their messy spheres of influence.”

THE RULES OF DREAMING is the story of a young psychiatrist, a blackmailer, and some patients at the Palmer Institute, a private mental hospital in upstate New York.  The story begins when a schizophrenic patient with no musical training—21-year-old Hunter Morgan—sits down at the piano and plays a fiendishly difficult piece of classical music for his psychiatrist, Dr. Ned Hoffmann, and Nicole P., a beautiful graduate student who has checked herself into the Institute after a brief mental breakdown.  Nicole soon returns to her tiny apartment, where she struggles to put her life back together, but in follow up visits she perceives Dr. Hoffmann’s life spinning out of control as he falls under the spell of three irresistible women.  Meanwhile a blackmailer named Dubin follows the trail of these events back to a tragedy that occurred seven years earlier: the apparent suicide of an opera singer named Maria Morgan—the mother of Hunter Morgan and his twin sister Antonia—on the eve of her debut at the Met.

Nicole becomes convinced that the opera Maria Morgan was rehearsing—Offenbach’s Tales of Hoffmann—is the key to all the weird events that have been happening at the Institute.  It seems to be taking over the lives of Maria Morgan’s two schizophrenic children, the doctors who treat them and everyone else who crosses their paths, until all are enmeshed in a world of deception and delusion, of madness and ultimately of evil and death.  Nicole discovers that she too has been assigned a role in the drama, and along with Dubin she sets out to solve the mystery of Maria Morgan’s death and its uncanny consequences.

I’m hoping that everyone who reads it will write a review on Goodreads and Amazon to let other people know how they enjoyed it. 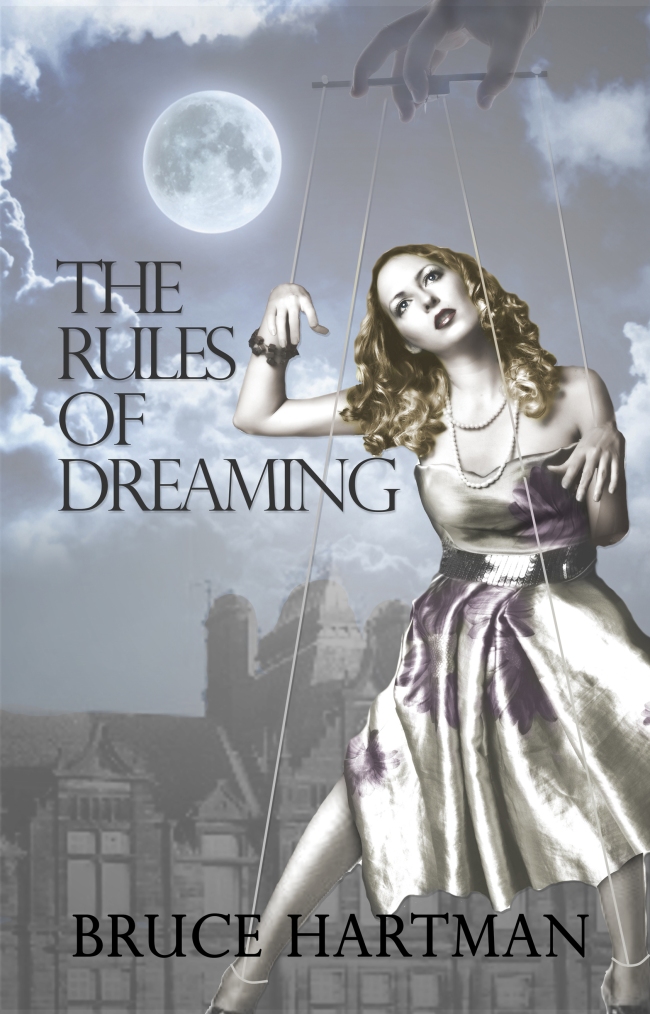 Author of Perfectly Healthy Man Drops Dead and the forthcoming mystery, The Rules of Dreaming.
View all posts by brucehartmanbooks →
This entry was posted in Uncategorized and tagged book club book, E.T.A. Hoffmann, Jacques Offenbach, literary mystery, many lives many masters, music fiction, mystery, new mystery, past life regression, summer reading, suspense, The Tales of Hoffmann. Bookmark the permalink.
%d bloggers like this: