“Brilliant… It is one of the finest depictions of evil I have ever read… It is also a highly entertaining mystery with a heroine as compelling as she is gutsy.” — Ken Bruen 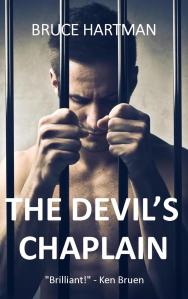 Disillusioned with her corporate legal career, attorney Charlotte Ambler volunteers to handle the final appeal of Christopher Ritter, a Florida death row inmate whose execution is imminent. Ritter had been a prominent biologist before being convicted ten years earlier for the brutal murder of a prostitute. He denies killing the woman but is tormented by guilt for other, secret transgressions. The only appeal he will allow is to prove that he is innocent—a kind of appeal which is almost impossible to win.

As Ritter relates his sordid life story, Charlotte discovers that innocence is more complicated than she thought. He claims to have been framed by a shadowy figure named Craft, but as Charlotte studies the evidence she concludes that Ritter is a dangerous psychopath who should not go free. Then a piece of evidence turns up that confirms a key part of his story. Pursuing her investigation, she is thwarted by hidden forces that seem determined to see him executed. In a race against the clock, she searches for the elusive Craft and fights to save Ritter in spite of himself.

THE DEVIL’S CHAPLAIN is a legal thriller in the tradition of Scott Turow and John Grisham – a gripping tale of deception and self-deception, betrayal and violence, in which lawyer and client find common ground in their quest for justice and human values.