The Muse of Violence 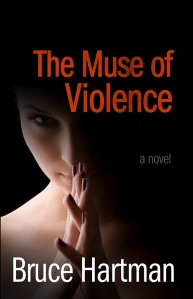 Five Stars: “…an exciting, entertaining, and multi-layered plot that makes it a must-read for all mystery lovers.” – Jean Hall for Readers’ Favorite Book Reviews.

“…a wonderful mystery that, in the vein of all good mysteries, keeps you guessing until the very end!” – Melinda Hills for Readers’ Favorite Book Reviews

“If you are an Agatha Christie fan and a fan of great mystery writing, put The Muse of Violence on your must-read list today. A great selection for book clubs!” – Kelly Jameson, film-optioned author of the crime thriller DEAD ON

“The writer’s group is just a memory now. I can still picture them sitting in my apartment – four women and two men in addition to myself – reading stories to each other in a search for fictional truth that seemed more important than real life. That was before death pulled up a chair and started spinning tales of its own. We were so naive, all we did was complain about the heat.”

A chilling series of deaths strikes a writers’ group in New York, leaving the remaining members to face the suspicion – and finally the terrifying certainty – that one of them is a psychopathic killer. Is a sequel to Agatha Christie’s And Then There Were None being played out in their lives?

1 Response to The Muse of Violence